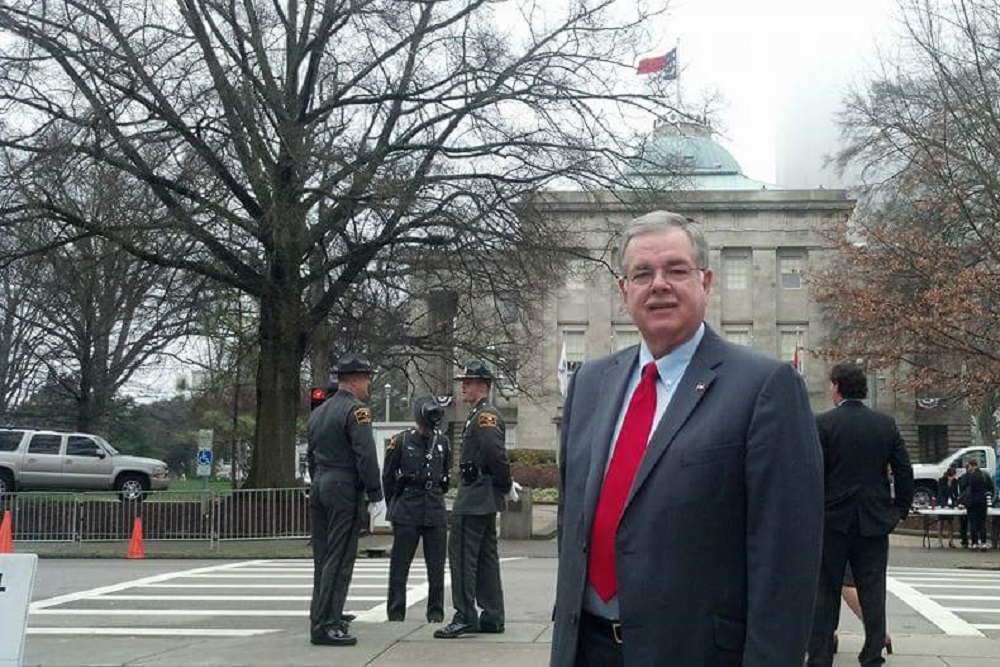 The Trump administration's controversial proposal to change current federal Medicaid funding to block grants could take a while as the Centers for Medicare & Medicaid Services (CMS) implemented such a change, a Forsyth County state House representative said.

"It is hard to know how long it might take for CMS to implement such a system," North Carolina state House Rep. Donny Lambeth (R-Winston-Salem) said during a Winston Salem Times email interview. "Things move slow in Medicaid and this is a fairly significant change."

Lambeth is a consultant who has represented state House District 75, Forsyth County, since he first was elected to the seat in 2012, running unopposed during that year's general election. Lambeth is up for reelection this year and faces fellow Republican Jacob Baum in next month's Republican primary.

The Trump administration last month unveiled its plan to switch over to block grants to fund Medicaid. Under the proposal, states could opt out of a portion of the federal government's current funding program and instead receive an annual fixed payment, in addition to receiving greater flexibility over running its own programs delivering health care to the poor.

That would be a major change from how Medicaid, the federal and state health delivery program that currently covers one in five low-income Americans, currently is funded. Medicaid has, since its inception in 1965, been more of an an open-ended entitlement program with how much the federal government provides each state rising to match enrollment and health costs.

States participation in the proposed plan would not be mandatory. North Carolina could easily opt in, Lambeth said.

"In North Carolina, we are well-positioned for a system of block grants from the feds," he said.

However, the proposal is not unique to the Trump administration, Lambeth said.

"That concept has been talked about and proposed before," he said. "[Former U.S. House Speaker] Paul Ryan was a big advocate of a system of block grants."

Meanwhile, North Carolina "is moving toward a capitation payment system based on value of services rather than a consumption of services," Lambeth said. "I think North Carolina can do very well managing a block grant under our plans. Providers will be the key going forward to support such a system. North Carolina is well down the path to creating performance metrics based on quality outcomes, patient satisfaction and financial  performance."

Want to get notified whenever we write about North Carolina House of Representatives ?

Sign-up Next time we write about North Carolina House of Representatives, we'll email you a link to the story. You may edit your settings or unsubscribe at any time.